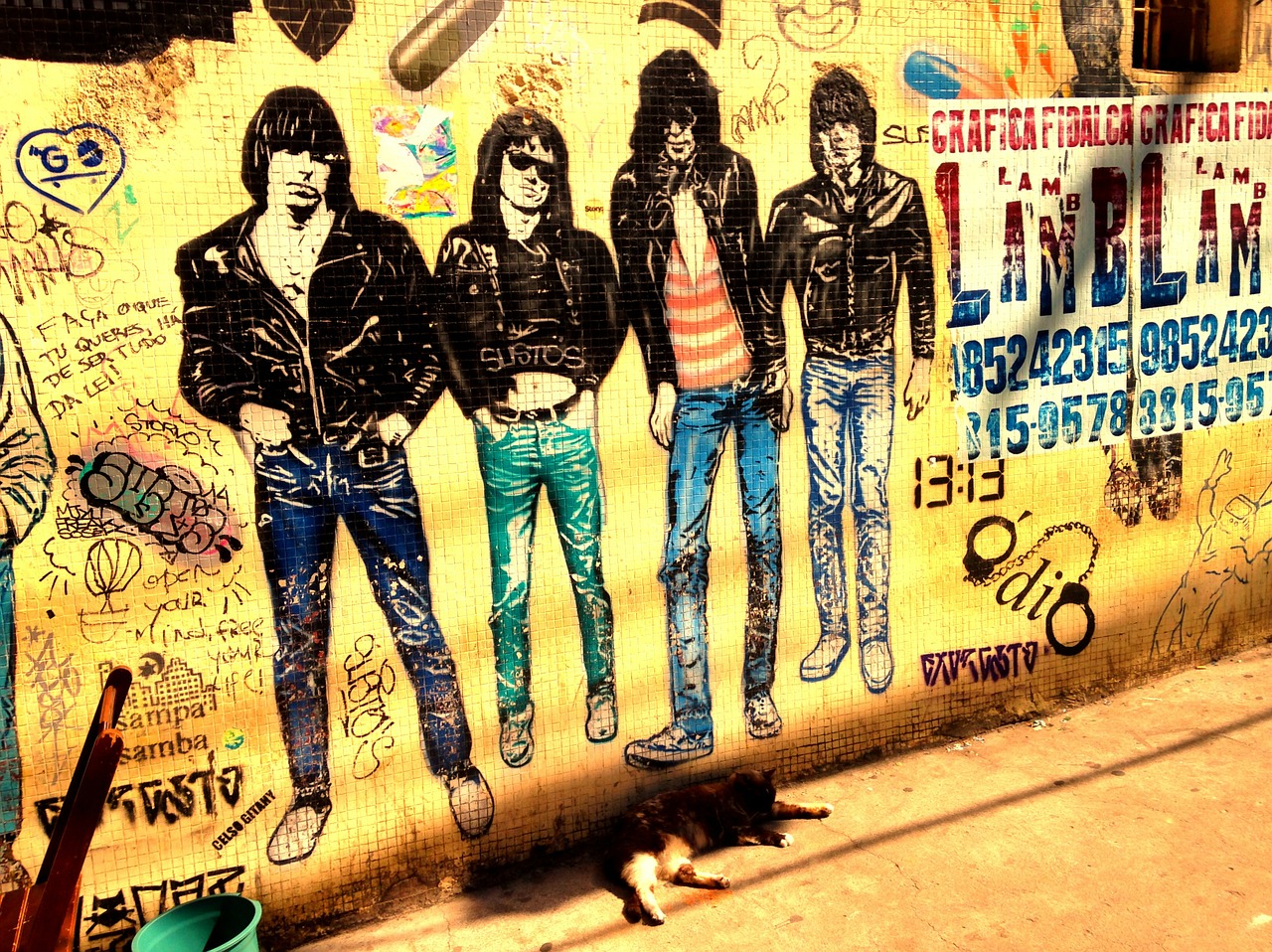 Johnny Ramone (1948-2004) was a founding member of the American punk band The Ramones and helped bring a more rhythmic and pulsating guitar sound to punk music. The band was formed in 1974 and remained together through 1996. Here are some key highlights that defined the career of Johnny Ramone.

The Ramones formed in New York City at a time when the music scene was about to change. The energy crisis caused petroleum-based companies such as record labels to tighten their spending. Consequently, major labels resisted signing new acts and relied on established artists during this period. Most punk bands started on indie labels, whereas The Ramones were signed in 1975 to Sire Records, a subsidiary of Warner Music Group.

The band’s name was inspired by Paul McCartney, who said he used to book hotel rooms under the name “Paul Ramon” in the Beatles era. Each of the band members adopted the last name, Ramone, although none were directly related to each other.

Johnny Ramone was born John William Cummings. His autobiography called Commando was released in 2012, eight years after his death. His love for underground bands like The Stooges and MC5 drove him from plumbing to music and connected him with bandmates Douglas Colvin, who became Dee Dee Ramone, then singer Jeffrey Hyman, who became Joey Ramone. The band added drummer Tamas Erdelyi, who became Tommy Ramone.

The band’s self-titled debut album was released in April 1976 after it was recorded a few months earlier. It contained the single “Blitzkreig Bop,” which became one of their staple songs with fans. It kicked off a long string of hits that became familiar with audiences that listened to modern rock or alternative stations in the 1980s and 1990s. The band’s most well-known songs include “I Wanna Be Sedated” and “Rock and Roll High School.”

One of the reasons The Ramones stood out from other punk bands and were more commercially successful was due to their polished sound. The band kept the production basic without fancy studio tricks even when working with “wall of sound” producer Phil Spector. Certainly, the hooky melodies helped make the songs memorable, along with occasional controversial lyrics such as “Bonzo Goes To Bitburg.”

The interesting political contrast within the band is another nuance that makes them unique. Most rock bands distance themselves from conservative views and politics completely, whereas The Ramones gave voices to both sides of the political spectrum. While Joey Ramone voiced a left-leaning position, Johnny leaned to the right, telling the press he thought Reagan was the best president of his lifetime. When inducted into the Rock and Roll Hall of Fame in 2002, he said “God bless President Bush.”

At one point Johnny Ramone even claimed that punk was a åright-wing movement, although many prominent rock historians disagree. Johnny was known for reckless behavior in his younger days, but by age 20 he stopped drinking and taking drugs. Even so, the guitarist suffered a near-fatal injury from a fight in 1983 that required brain surgery. This incident was reflected in the band’s next album title, Too Tough To Die.

In 1984 Johnny married bandmate Joey’s ex-girlfriend, Linda Danielle, who took the name Ramone. Some people believe this relationship put a strain on Johnny and Joey’s friendship. But when Joey died in 2001, it had a profound effect on him, he said in the 2003 documentary End of the Century. Johnny died in 2004 after a five-year battle with prostate cancer.